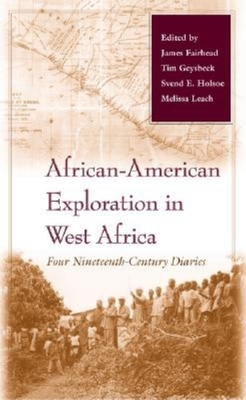 In the 1860s, as America waged civil war, several thousand African Americans sought greater freedom by emigrating to the fledgling nation of Liberia. While some argued that the new black republic represented disposal rather than emancipation, a few intrepid men set out to explore their African home. African-American Exploration in West Africa collects the travel diaries of James L. Sims, George L. Seymour, and Benjamin J. K. Anderson, who explored the territory that is now Liberia and Guinea between 1858 and 1874. These remarkable diaries reveal the wealth and beauty of Africa in striking descriptions of its geography, people, flora, and fauna. The dangers of the journeys surface, too--Seymour was attacked and later died of his wounds, and his companion, Levin Ash, was captured and sold into slavery again. Challenging the notion that there were no black explorers in Africa, these diaries provide unique perspectives on 19th-century Liberian life and life in the interior of the continent before it was radically changed by European colonialism.