The Sharing Economy: Its Pitfalls and Promises (Paperback) 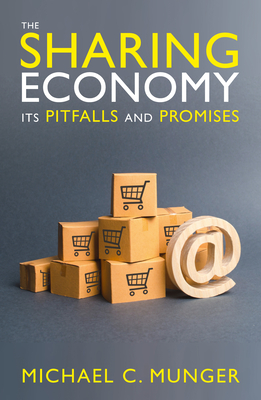 The Sharing Economy: Its Pitfalls and Promises (Paperback)


This title is likely unavailable. Email or call for price and availability.
Michael Munger is a researcher and administrator at Duke University in North Carolina. He is a senior research fellow at the Independent Institute in Oakland, California, and at the American Institute for Economic Research at Great Barrington, Massachusetts. He has taught at Dartmouth College, the University of Texas, and the University of North Carolina. His published research has covered spatial theory, political decision-making and the problem of voluntary exchange. His most recent book, Is Capitalism Sustainable?, was published in 2019 by the American Institute for Economic Research. He is a past editor of the journal Public Choice, as well as a past president of the Public Choice Society. His first professional position was as a staff economist at the US Federal Trade Commission. He received his PhD in economics at Washington University in 1984.