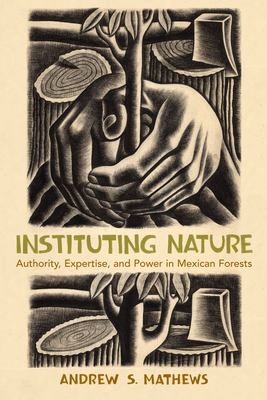 Greater knowledge and transparency are often promoted as the keys to solving a wide array of governance problems. In Instituting Nature, Andrew Mathews describes Mexico's efforts over the past hundred years to manage its forests through forestry science and biodiversity conservation. He shows that transparent knowledge was produced not by official declarations or scientists' expertise but by encounters between the relatively weak forestry bureaucracy and the indigenous people who manage and own the pine forests of Mexico. Mathews charts the performances, collusions, complicities, and evasions that characterize the forestry bureaucracy. He shows that the authority of forestry officials is undermined by the tension between local realities and national policy; officials must juggle sweeping knowledge claims and mundane concealments, ambitious regulations and routine rule breaking. Moving from government offices in Mexico City to forests in the state of Oaxaca, Mathews describes how the science of forestry and bureaucratic practices came to Oaxaca in the 1930s and how local environmental and political contexts set the stage for local resistance. He tells how the indigenous Zapotec people learned the theory and practice of industrial forestry as employees and then put these skills to use when they become the owners and managers of the area's pine forests -- eventually incorporating forestry into their successful claims for autonomy from the state. Despite the apparently small scale and local contexts of this balancing act between the power of forestry regulations and the resistance of indigenous communities, Mathews shows that it has large implications -- for how we understand the modern state, scientific knowledge, and power and for the global carbon markets for which Mexican forests might become valuable.

Andrew S. Mathews is Assistant Professor of Anthropology at the University of California, Santa Cruz.