Solving the Frame Problem: A Mathematical Investigation of the Common Sense Law of Inertia (Hardcover) 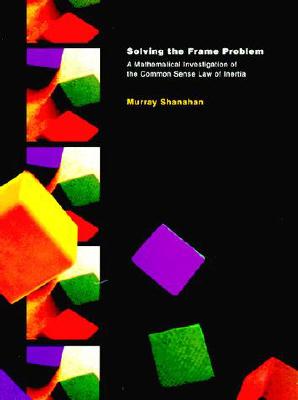 Solving the Frame Problem: A Mathematical Investigation of the Common Sense Law of Inertia (Hardcover)

In 1969, John McCarthy and Pat Hayes uncovered a problem that has haunted the field of artificial intelligence ever since--the frame problem. The problem arises when logic is used to describe the effects of actions and events. Put simply, it is the problem of representing what remains unchanged as a result of an action or event. Many researchers in artificial intelligence believe that its solution is vital to the realization of the field's goals. Solving the Frame Problem presents the various approaches to the frame problem that have been proposed over the years. The author presents the material chronologically--as an unfolding story rather than as a body of theory to be learned by rote. There are lessons to be learned even from the dead ends researchers have pursued, for they deepen our understanding of the issues surrounding the frame problem. In the book's concluding chapters, the author offers his own work on event calculus, which he claims comes very close to a complete solution to the frame problem. Artificial Intelligence series