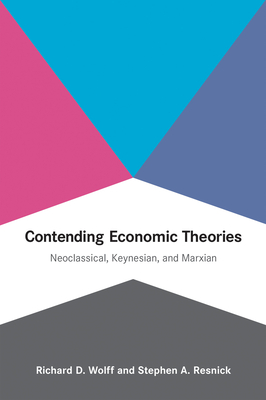 A systematic comparison of the three major economic theories, showing how they differ and why these differences matter in shaping economic theory and practice.

Contending Economic Theories offers a unique comparative treatment of the three main theories in economics as it is taught today: neoclassical, Keynesian, and Marxian. Each is developed and discussed in its own chapter, yet also differentiated from and compared to the other two theories. The authors identify each theory's starting point, its goals and foci, and its internal logic. They connect their comparative theory analysis to the larger policy issues that divide the rival camps of theorists around such central issues as the role government should play in the economy and the class structure of production, stressing the different analytical, policy, and social decisions that flow from each theory's conceptualization of economics.

The authors, building on their earlier book Economics: Marxian versus Neoclassical, offer an expanded treatment of Keynesian economics and a comprehensive introduction to Marxian economics, including its class analysis of society. Beyond providing a systematic explanation of the logic and structure of standard neoclassical theory, they analyze recent extensions and developments of that theory around such topics as market imperfections, information economics, new theories of equilibrium, and behavioral economics, considering whether these advances represent new paradigms or merely adjustments to the standard theory. They also explain why economic reasoning has varied among these three approaches throughout the twentieth century, and why this variation continues today—as neoclassical views give way to new Keynesian approaches in the wake of the economic collapse of 2008.

Richard D. Wolff is Professor of Economics Emeritus at the University of Massachusetts, Amherst, and Visiting Professor in the Graduate Program in International Affairs at the New School, New York. Wolff and Resnick are the authors of Economics: Marxian versus Neoclassical.

Stephen A. Resnick was Professor of Economics Emeritus at the University of Massachusetts, Amherst.