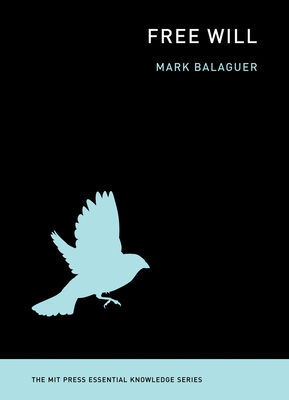 
Available in Warehouse. Wait for Email Confirmation for ETA
A philosopher considers whether the scientific and philosophical arguments against free will are reason enough to give up our belief in it.

In our daily life, it really seems as though we have free will, that what we do from moment to moment is determined by conscious decisions that we freely make. You get up from the couch, you go for a walk, you eat chocolate ice cream. It seems that we're in control of actions like these; if we are, then we have free will. But in recent years, some have argued that free will is an illusion. The neuroscientist (and best-selling author) Sam Harris and the late Harvard psychologist Daniel Wegner, for example, claim that certain scientific findings disprove free will. In this engaging and accessible volume in the Essential Knowledge series, the philosopher Mark Balaguer examines the various arguments and experiments that have been cited to support the claim that human beings don't have free will. He finds them to be overstated and misguided.

Balaguer discusses determinism, the view that every physical event is predetermined, or completely caused by prior events. He describes several philosophical and scientific arguments against free will, including one based on Benjamin Libet's famous neuroscientific experiments, which allegedly show that our conscious decisions are caused by neural events that occur before we choose. He considers various religious and philosophical views, including the philosophical pro-free-will view known as compatibilism. Balaguer concludes that the anti-free-will arguments put forward by philosophers, psychologists, and neuroscientists simply don't work. They don't provide any good reason to doubt the existence of free will. But, he cautions, this doesn't necessarily mean that we have free will. The question of whether we have free will remains an open one; we simply don't know enough about the brain to answer it definitively.

Mark Balaguer is Professor in the Department of Philosophy at California State University, Los Angeles. He is the author of Platonism and Anti-Platonism in Mathematics and Free Will as an Open Scientific Question (MIT Press).