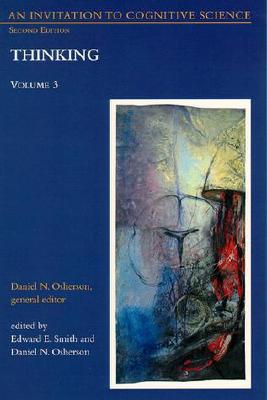 
This title is likely unavailable. Email or call for price and availability.
An Invitation to Cognitive Science provides a point of entry into the vast realm of cognitive science, offering selected examples of issues and theories from many of its subfields. All of the volumes in the second edition contain substantially revised and as well as entirely new chapters.Rather than surveying theories and data in the manner characteristic of many introductory textbooks in the field, An Invitation to Cognitive Science employs a unique case study approach, presenting a focused research topic in some depth and relying on suggested readings to convey the breadth of views and results. Each chapter tells a coherent scientific story, whether developing themes and ideas or describing a particular model and exploring its implications.The volumes are self contained and can be used individually in upper-level undergraduate and graduate courses ranging from introductory psychology, linguistics, cognitive science, and decision sciences, to social psychology, philosophy of mind, rationality, language, and vision science.