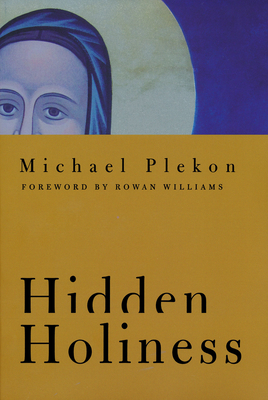 In Hidden Holiness, Michael Plekon challenges us to examine the concept of holiness. He argues that both Orthodox and Catholic churches understand saints to be individuals whose lives and deeds are unusual, extraordinary, or miraculous. Such a requirement for sainthood undermines, in his view, one of the basic messages of Christianity: that all people are called to holiness.

Instead of focusing on the ecclesiastical process of recognizing saints, Plekon explores a more ordinary and less noticeable "hidden" holiness, one founded on the calling of all to be prophets and priests and witnesses to the Gospel. As Rowan Williams has insisted, people of faith need to find God's work in their culture and daily lives. With that in mind, Plekon identifies a fascinatingly diverse group of faithful who exemplify an everyday sanctity, as well as the tools they have used to enact their faith.

Plekon calls upon contemporary writers--among them, Rowan Williams, Kathleen Norris, Sara Miles, Simone Weil, and Darcey Steinke--as well as such remarkable and controversial figures as Mother Teresa, Thomas Merton, and Dorothy Day--to demonstrate ways to imagine a more diverse and everyday holiness. He also introduces four individuals of hidden holiness: a Yup'ik Alaskan, Olga Arsumquak Michael; the artist Joanna Reitlinger; the lay theologian Elisabeth Behr-Sigel; and human rights activist Paul Anderson. A generous and expansive treatment of the holy life, accessibly written for all readers, Plekon's book is sure to inspire us to recognize and celebrate the holiness hidden in the ordinary lives of those around us.

Michael Plekon is a professor in the department of sociology/anthropology and the Program in Religion and Culture at Baruch College, City University of New York, and is an ordained priest in the Orthodox church in America. He is author of Living Icons: Persons of Faith in the Eastern Church (2002) and editor of The Church of the Holy Spirit by Nicholas Afanasiev (2007), both published by University of Notre Dame Press.

“The author, both a college professor and a priest in the Orthodox Church in America, suggests here that it’s too limiting to think of saints as just those halo-bearing people whose deeds no one can hope to match. Rather, he suggests we look to lesser-known people who offer us models for particular types of behavior that is both admirable and, in the end, holy. He introduces us to such people in a way that suggest we might do similar things in our own lives.” —“Faith Matters” Weblog by Bill Tammeus

“Hidden Holiness, drawing . . . on Orthodox spirituality, but with an ecumenical sweep, discusses the holiness that can be attained by doing ordinary things. In seven meaty chapters, including an ecumenical cast of characters, Plekon searches for the strategies and resources that bring people close to God, for, as he rightly understands, holiness is a fundamental characteristic of God, and everyone else is holy to the degree that he or she is drawn closer to God. . . . This book is especially recommended to those who are interested in solid work on spirituality but who have little knowledge of the Christian East in general or Russian thought in particular.” —Commonweal

"Plekon's book is a 200-page look at who else should be regarded as an important saint today . . . even if their lives are somewhat controversial—and even if their lives are all but hidden in the pages of history. . . . Plekon doesn't explore the canonization process in detail. He recommends other good books on that topic. But he does argue that the basic connection between sainthood and popularity may be eliminating some important saintly figures from our spiritual radar." —readthespirit.com

“At the core of this book is a strong argument that holiness can be revealed by the faithful living of ordinary people in the world. In so doing, it offers a powerful and practical model of Christian life, making this a thought-provoking work on hagiography, ethics, and spirituality.” —Religious Studies Review

“This very readable book amounts to a verbal symphony on the theme of holiness: a holiness hidden and non-spectacular, contemporary and accessible, yet still beguiling and mysterious. . . . Hidden Holiness is an important contribution to the current literature on Christian holiness. In particular, it merits the attention of anyone interested in the growth of the calendar of saints in various branches of the church.” —The Living Church