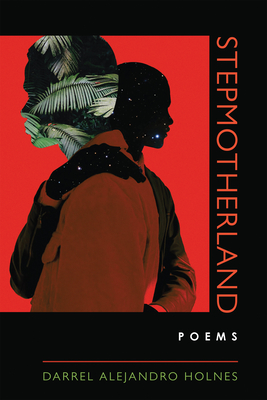 Stepmotherland is a tour-de-force debut collection about coming of age, coming out, and coming to America.

Winner of the Andr's Montoya Poetry Prize, Stepmotherland, Darrel Alejandro Holnes's first full-length collection, is filled with poems that chronicle and question identity, family, and allegiance. This Central American love song is in constant motion as it takes us on a lyrical and sometimes narrative journey from Panam to the USA and beyond. The driving force behind Holnes's work is a pursuit for a new home, and as he searches, he takes the reader on a wild ride through the most pressing political issues of our time and the most intimate and transformative personal experiences of his life. Exploring a complex range of emotions, this collection is a celebration of the discovery of America, the discovery of self, and the ways they may be one and the same.

Holnes's poems experiment with macaronic language, literary forms, and prosody. In their inventiveness, they create a new tradition that blurs the borders between poetry, visual art, and dramatic text. The new legacy he creates is one with significant reverence for the past, which informs a central desire of immigrants and native-born citizens alike: the desire for a better life. Stepmotherland documents an artist's evolution into manhood and heralds the arrival of a stunning new poetic voice.

Darrel Alejandro Holnes is an Afro-Panamanian American writer and is the recipient of a National Endowment for the Arts Literature Fellowship in Creative Writing (Poetry). His poems have previously appeared in the American Poetry Review, Poetry, Callaloo, Best American Experimental Writing, and elsewhere. Holnes is a Cave Canem and CantoMundo fellow who has earned scholarships to the Bread Loaf Writers' Conference, Fine Arts Work Center in Provincetown, Postgraduate Writers Conference at Vermont College of Fine Arts, and residencies nationwide, including a residency at MacDowell. His poem Praise Song for My Mutilated World won the C. P. Cavafy Poetry Prize from Poetry International. He is an assistant professor of English at Medgar Evers College, a senior college of the City University of New York (CUNY), where he teaches creative writing and playwriting, and a faculty member of the Gallatin School of Individualized Study at New York University.