Power in the Balance: Presidents, Parties, and Legislatures in Peru and Beyond (Hardcover) 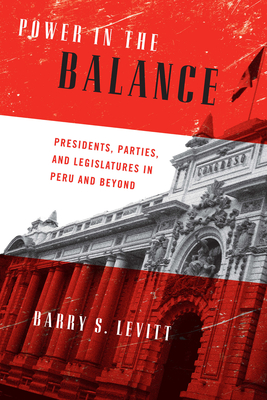 Power in the Balance: Presidents, Parties, and Legislatures in Peru and Beyond (Hardcover)

In Power in the Balance: Presidents, Parties, and Legislatures in Peru and Beyond, Barry S. Levitt answers urgent questions about executive power in "new" democracies. He examines in rich detail the case of Peru, from President Alan Garc a's first term (1985-1990), to the erosion of democracy under President Alberto Fujimori (1990-2000), through the interim government of Valent n Paniagua (2000-2001) and the remarkable, if rocky, renewal of democracy culminating in Alejandro Toledo's 2001-2006 presidency. This turbulent experience with democracy brings into clear focus the functioning of formal political institutions--constitutions and electoral laws, presidents and legislatures, political parties and leaders--while also exposing the informal side of Peru's national politics over the course of two decades.

Levitt's study of politics in Peru also provides a test case for his regional analysis of cross-national differences and change over time in presidential power across eighteen Latin American countries. In Peru and throughout Latin America, Levitt shows, the rule of law itself and the organizational forms of political parties have a stronger impact on legislative-executive relations than do most of the institutional traits and constitutional powers that configure the formal "rules of the game" for high politics. His findings, and their implications for improving the quality of new democracies everywhere, will surprise promoters, practitioners, and scholars of democratic politics alike.