Dragons and Lotus Blossoms: Vietnamese Ceramics from the Birmingham Museum of Art (Paperback) 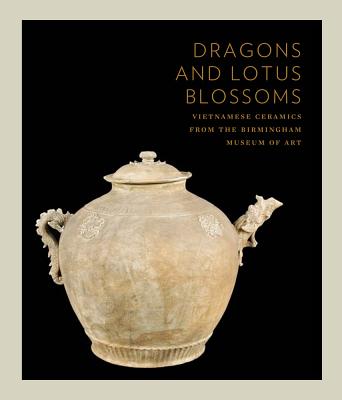 Vietnam created the most sophisticated ceramics in Southeast Asia. Though they borrowed from China, Vietnamese potters explored their own indigenous tastes and developed their own production techniques. Blessed with the smooth gray-white clays of the Red River Valley, they created pieces that are amazingly light and thin-walled, with skillfully painted, incised, and carved decoration. Two particularly popular decorative themes were dragons (from whom the Vietnamese believed they were descended) and lotuses (considered archetypal symbols of Buddhist purity, because the flower emerges unsullied from the mud).

Through a series of judicious purchases that began in the 1970s, the Birmingham Museum of Art, Alabama, has created an extraordinary collection of Vietnamese ceramic art. Essays by three noted experts introduce the collection.

John Stevenson , co-author of Vietnamese Ceramics: A Separate Tradition, describes the evolution of Vietnamese ceramics and the contexts in which they were produced, and analyzes their aesthetic attraction. The Museum's senior curator, Donald A. Wood , explains the rich symbolism of decorative motifs found on Vietnamese ceramics. Independent scholar Philippe Truong , of Paris and Saigon, assesses the current state of the field.