I Give You Half the Road (Hardcover) 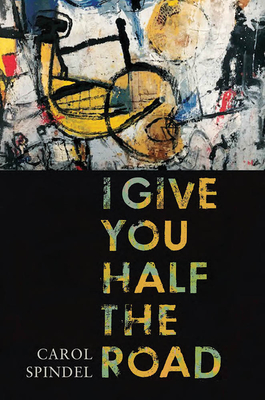 I Give You Half the Road (Hardcover)


This title is likely unavailable. Email or call for price and availability.
In Ivory Coast, the farewell “I give you half the road” is an expression of hospitality, urging a departing guest to come back again. After their first stay in a welcoming rural community in 1981, Carol Spindel and her husband did just that. Over the course of decades, they built a house and returned frequently, deepening their relationships with neighbors.

Once considered the most stable country in West Africa, Ivory Coast was split by an armed rebellion in 2002 and endured a decade of instability and a violent conflict. Spindel provides an intimate glimpse into this turbulent period by weaving together the daily lives and paths of five neighbors. Their stories reveal Ivorians determined to reunite a divided country through reliance on mutual respect and obligation even while power-hungry politicians pursued xenophobic and anti-immigrant platforms for personal gain. Illuminating democracy as a fragile enterprise that must be continually invented and reinvented, I Give You Half the Road emphasizes the importance of connection, generosity, and forgiveness.
Carol Spindel is the author of In the Shadow of the Sacred Grove and Dancing at Halftime: Sports and the Controversy over American Indian Mascots. She taught at the University of Illinois at Urbana-Champaign for more than twenty-five years and currently teaches at the Iowa Summer Writing Festival.
“Written in an accessible and engaging narrative nonfiction style, this book shares the story of five young people who come of age during the tumultuous democratic transition in Ivory Coast. Spindel’s honest storytelling, close friendships with everyday Ivoirians, and more than thirty-five years of experience in the country shine in this riveting account.”—William Moseley, Macalester College