Freud and the Child Woman: The Memoirs of Fritz Wittels (Hardcover) 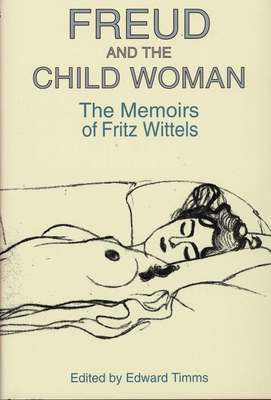 Freud and the Child Woman: The Memoirs of Fritz Wittels (Hardcover)

Fritz Wittels (1880-1950) was a pioneering Viennese psychoanalyst, the first biographer of Freud, and friend and rival of Freud and of the great critic of psychoanalysis, the Viennese satirist Karl Kraus. Toward the end of his life, while living and practicing as an analyst in the United States, Wittels wrote a memoir of his early life and career in Vienna and his first impressions of America. Those memoirs are now published here for the first time, edited and introduced by Edward Timms, whose valuable explanatory notes reveal the identification of the "child woman" of the title, Irma Karczewska.

Generously illustrated with a range of little-known photographs, this book sheds startling new light on the origins of psychoanalysis. It will appeal to historians of psychoanalysis, students of Freud, and anyone interested in the Viennese artistic avant-garde.
Edward Timms is professor of German and director of the Centre for Jewish Studies at the University of Sussex. He is also the author of Karl Kraus: Apocalyptic Satirist and the co-editor of Freud in Exile, both published by Yale University Press.