Wilderness and the American Mind (Paperback) 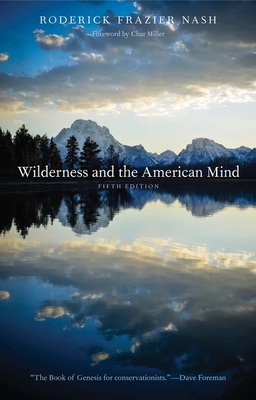 Wilderness and the American Mind (Paperback)

“The Book of Genesis for conservationists”—Dave Foreman

Since its initial publication in 1967, Roderick Nash's Wilderness and the American Mind has received wide acclaim. The Los Angeles Times listed it among the one hundred most influential books published in the last quarter century, Outside Magazine included it in a survey of “books that changed our world,” and it has been called the “Book of Genesis for environmentalists.”

For the fifth edition, Nash has written a new preface and epilogue that brings Wilderness and the American Mind into dialogue with contemporary debates about wilderness. Char Miller’s foreword provides a twenty-first-century perspective on how the environmental movement has changed, including the ways in which contemporary scholars are reimagining the dynamic relationship between the natural world and the built environment.
Roderick Frazier Nash is professor emeritus of history and environmental studies at the University of California at Santa Barbara. He is regarded as one of the founders of environmental history in the United States. Char Miller is the W. M. Keck Professor of Environmental Analysis at Pomona College.
"One of those rare works that combines exemplary scholarship and readability."—Washington Post Book World (on an earlier edition)