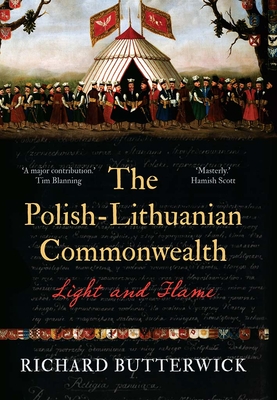 Richard Butterwick tells the compelling story of the last decades of one of Europe’s largest and least understood polities: the Polish-Lithuanian Commonwealth. Drawing on the latest research, Butterwick vividly portrays the turbulence the Commonwealth experienced. Far from seeing it as a failed state, he shows the ways in which it overcame the stranglehold of Russia and briefly regained its sovereignty, the crowning success of which took place on 3 May 1791—the passing of the first Constitution of modern Europe.
Richard Butterwick is professor of Polish-Lithuanian history at University College London. He is the author of Poland’s Last King and English Culture and The Polish Revolution and the Catholic Church, 1788-1792.
“A brilliantly constructed and complete synthesis...Different threads combine, interweave and result from one another, giving a rich picture of the reality of the time...Probably the first historical synthesis of this epoch in which the author has followed so closely the political situation in this part of Europe, and at the same time shown that, without this knowledge, it is impossible to understand the internal political activities of a state deprived of sovereignty.”—Prof. Anna Grześkowiak-Krwawicz, Polish History Museum

“Butterwick is a good narrator, but he manages to transcend mere storytelling. It is no small feat that he explains the complexities of the Commonwealth and its constituent parts, the changing social and economic landscape as well as the complicated confessional issues without ever being dry.”—Orsolya Szakály, European Review of History

Winner of the 2021 Oskar Halecki Polish History Award, sponsored by the Polish Institute of Arts and Sciences of America

‘Masterly. Butterwick’s authoritative and notably well-written account is a major contribution to Polish and European history. As a study of the high politics of the last six decades of Poland-Lithuania’s independent existence, it would be difficult to better’.— Professor Hamish Scott, FBA, Jesus College, Oxford

‘Both scholarly and entertaining, this enthralling account of the decline and fall of the Polish-Lithuanian Commonwealth is a major contribution to the history of Europe in the eighteenth century.’—Tim Blanning, author of The Pursuit of Glory: Europe 1648-1815

‘Butterwick has succeeded admirably … This compelling history weaves political, ecclesiasti-cal, and international affairs together, demonstrating how the principles of Enlightenment shaped a reforming state and society as they faced the Partitions.’—Dr Frank E. Sysyn, Uni-versity of Alberta