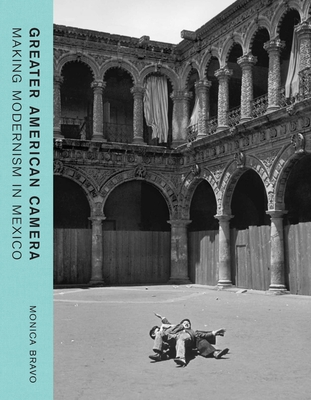 
Available in Warehouse. Wait for Email Confirmation for ETA
An engaging investigation of how the relationships between four U.S. photographers and Mexican artists forged new developments in modernism

Photographers Edward Weston, Tina Modotti, Paul Strand, and Helen Levitt were among the U.S. artists who traveled to Mexico during the interwar period seeking a community more receptive to the radical premises of modern art. Looking closely at the work produced by these four artists in Mexico, this book examines the vital role of exchanges between the expatriates and their Mexican contemporaries in forging a new photographic style. Monica Bravo offers fresh insights concerning Weston’s friendship with Diego Rivera; Modotti’s images of labor, which she published alongside the writings of the Stridentists; Strand’s engagement with folk themes and the work of composer Carlos Chávez; and the influence of Manuel Álvarez Bravo on Levitt’s contributions to a New World surrealism. Exploring how these dialogues resulted in a distinct kind of modernism characterized by inter-American interests, the book reveals the ways in which cross-border collaboration shaped a new “greater American” aesthetic.
Monica Bravo is assistant professor in the history of art and visual culture program at California College of the Arts.
"A highly significant and timely study, exemplifying how the porosity of borders yields great benefits for both sides. Greater American Camera is driven by exceptional rigor of research and scholarship of the highest level."—Leonard Folgarait, Vanderbilt University

"Bravo offers timely insights into photography as an art form specifically suited to exchange and into an art world made greater through intercultural collaborations and dialogue."—Lauren Kroiz, author of Cultivating Citizens: The Regional Work of Art in the New Deal Era