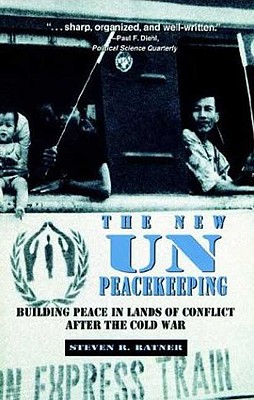 
Available in Warehouse. Wait for Email Confirmation for ETA
As the United Nations passes its fiftieth anniversary, it has undergone a sea change in its approach toward peacekeeping. Originally a stopgap measure to preserve a cease-fire, peacekeeping has, since the waning of the Cold War, become a means to implement an agreed political solution to conflict between antagonists. Placed inside war-torn states, UN peacekeepers have encountered manifold new challenges through oversight of elections, protection of human rights, and reconstructing of governmental administration. In this study, Steven R. Ratner offers a comprehensive framework for scholars, policy-makers, and all those seeking to understand this new peacekeeping. He sees the UN as an administrator, mediator, and guarantor of political settlements - roles that can conflict when peace accords unravel, as is all too common. He describes the numerous actors, inside and outside the UN, who are engaged in this process, often with competing interests. And in historical review, beginning with the League of Nations, he reveals many striking precedents long before the 1990s. In the central case-study, Ratner applies his thesis to the most ambitious UN operation completed, the Cambodia mission of 1991-93. After reconstructing the process leading to the massive UN role, he reviews and appraises its performance, offering a sophisticated critique demonstrating the dangers of quick 'success' or 'failure' verdicts. With the experiences of those operations in mind, he concludes with a set of compelling recommendations for the UN's members.