Haunted Heart: The Life and Times of Stephen King (Paperback) 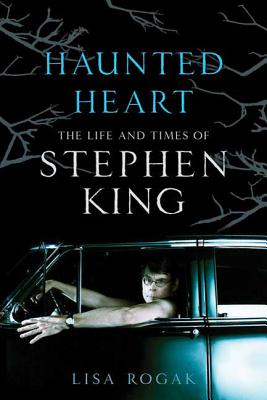 Haunted Heart: The Life and Times of Stephen King (Paperback)

One of the most prolific and popular authors in the world today, Stephen King has become part of pop culture history. His best-selling novels such as Carrie, It, Christine, and many others have captured the imaginations of millions of readers. But who is the man behind those tales of horror, grief, and the supernatural? Where do these ideas come from? And what drives him to keep writing at a breakneck pace after a thirty year career?

In this unauthorized biography, Lisa Rogak reveals the troubled background and lifelong fears that inspire one of the twentieth century's most influential authors. Despite his dark and disturbing work, Stephen King has become revered by critics and his countless fans as an all-American voice more akin to Mark Twain than H. P. Lovecraft. Haunted Heart chronicles his story, revealing the character of a man who has created some of the most memorable---and frightening---stories found in literature today.

“Haunted Heart is a thoroughly respectful overview of King's life, and a great starter biography for new fans.” —The Boston Globe

“The biographer is smart in sticking with the man himself. She looks at what scares King enough that he's been able to keep readers entertained for thirty years.... Rogak does an admirable job pulling together materials from disparate sources into a readable whole.” —Bangor Daily News