The Wolves Are Waiting (Hardcover) 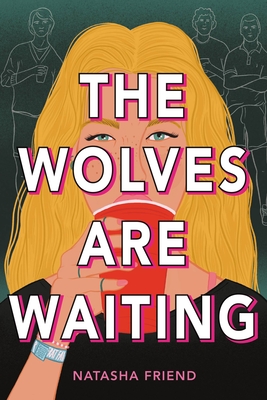 The Wolves Are Waiting (Hardcover)

From award-winning author Natasha Friend comes a compelling investigation of sexual harassment and the toxic and complicit structures of a small college town.

Before the night of the Frat Fair, 15-year-old Nora Melchionda's life could have been a Gen-Z John Hughes movie. She had a kind-of boyfriend, a spot on the field hockey team, good grades, and a circle of close friends. Of course there were bumps in the road: she and her lifelong BFF Cam were growing apart and her mother was trying to clone her into wearing sensible khakis instead of showy short skirts. But none of that mattered, because Nora always had her dad, Rhett Melchionda, on her side. Rhett was not only Nora’s hero, but as the Athletic Director of Faber College, he was idolized by everyone she knew.

Now, Nora would give anything to go back to that life. The life before whatever happened on the golf course.

She doesn’t want to talk about it—not that she could, because she doesn’t remember anything—and insists that whatever happened was nothing. Cam, though, tries to convince Nora to look for evidence and report the incident to the police. And then there’s Adam Xu, who found Nora on the golf course and saw her at her most vulnerable. She ignores it all, hoping it will all go away. But when your silence might hurt other people, hiding is no longer an option.

The Wolves Are Waiting begins in the aftermath of an attempted assault, but reaches farther than a story about one single night or one single incident. What Nora and her friends will uncover is a story that spans generations. But it doesn’t have to anymore.

Natasha Friend is the author of several YA and middle-grade novels that tackle the truths of teen and tween lives. Her most recent YA novels are How We Roll and The Other F-Word (FSG), the latter received starred reviews from PW and Booklist and was named on the Rainbow List and ILA Young Adult's Choice Reading List. Natasha lives in Connecticut with her family and two crazy dogs. When she isn’t writing, she is reading, washing baseball pants, and wishing she was in a talent show.

"This novel is a standout thanks to realistic, lively dialogue and chemistry between its characters (especially parents and siblings), carefully calibrated elements of humor and romance, and a thoughtful portrayal of changing friendships."—*Booklist (starred review)

"Gripping and resonant; a good pick for intergenerational book clubs."—Kirkus

"With gripping writing and topical social issues, this is a solid addition to any collection for young adults."—School Library Journal