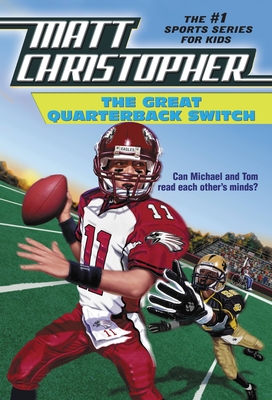 This is book number 45 in the Matt Christopher Sports Classics series.

Can Michael and Tom read each other's minds? Michael and Tom Curtis are identical twins who share a love of football. Unfortunately, because of a tragic accident, Michael must watch from the sidelines as his brother calls the plays on the football field. During one game Michael concentrates very hard on a play he thinks could help the team, and Tom calls the exact play a split second later! Is it coincidence, or can the boys communicate through ESP? The boys try a daring experiment in which they push their telepathic powers to the limit ... and suddenly, impossibly, Michael is running the ball for a spectacular touchdown!
Matt Christopher is the best selling name behind more than 100 sports-themed books for young readers.