The Prince of Venice Beach (Paperback) 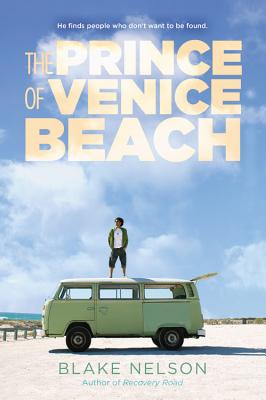 The Prince of Venice Beach (Paperback)


Available in Warehouse. Wait for Email Confirmation for ETA
Robert "'Cali" Callahan is a teen runaway, living on the streets of Venice Beach, California. He's got a pretty sweet life: a treehouse to sleep in, a gang of surf bros, a regular basketball game...even a girl who's maybe-sorta interested in him.
What he doesn't have is a plan.
All that changes when a local cop refers Cali to a private investigator who is looking for a missing teenager. After all, Cali knows everyone in Venice. But the streets are filled with people who don't want to be found, and when he's hired to find the beautiful Reese Abernathy--who would do anything to stay hidden--Cali enters a new world filled with mysterious characters, dangerous choices, and his first chance at real love.
Blake Nelson is the author of many acclaimed novels, including Recovery Road, Destroy All Cars, and Paranoid Park, which was made into a feature film by Gus van Sant. His classic 1994 debut novel Girl was called a "seminal coming-of-age text" by Vanity Fair. He lives in Oregon.
"Nelson (Recovery Road) combines a hardboiled first-person narrative and a languid Southern California setting to establish a seductive surf noir atmosphere...[A] moody, fast-moving novel."—Publishers Weekly

"Nelson's spare style and nuanced portrayal of street kids is strongly reminiscent of the classic work of S.E. Hinton. The gritty beach setting, compelling cast of sensitively drawn secondary characters and spot-on dialogue elevate the story beyond that of a typical genre mystery...Readers can only hope that a new teenage private detective series is in the works."—Kirkus

"Readers will anxiously follow Robert's...journey of growth in this coming-of-age novel filled with exhilarating chases and heart pounding moments."—SLJ