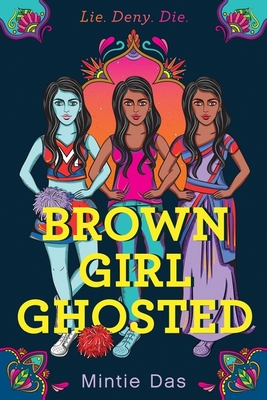 
Available in Warehouse. Wait for Email Confirmation for ETA
We Were Liars meets Riverdale with a supernatural twist in this timely #metoo thriller about mean girls, murder, and race in a quiet Midwestern suburb.

Violet Choudhury may be part of the popular clique at school, but as one of a handful of brown girls in a small Illinois town, all she really wants to do is blend in and disappear. Unfortunately for her, she’s got a knack for seeing spirits, including the dead—something she’s tried to ignore all her life. But when the queen bee of Violet’s cheerleading squad ends up dead following a sex tape that’s not as consensual as everyone wants to believe, Violet's friends from the spirit world decide it’s the perfect time for Violet to test her skills and finally accept the legacy of spiritual fighters from whom she’s descended. Her mission? Find the killer.

Or else she’s next.
Mintie Das was born in India, raised in Macomb, Illinois and now lives in Finland. She’s been traveling the globe since childhood and always finds inspiration in the discovery of the unknown. Mintie spent twelve years organizing international events for governments around the world and the UN. Mintie’s Storm Sisters: The Sinking World was translated into seven languages. Brown Girl Ghosted marks her US debut.

"Das deftly weaves an intricate and believable set of parallel worlds, expertly using Violet's relationship with the Aiedeo and her own powers to explore tough issues of racism, misogyny, and sexual assault...An ambitious, socially conscious fantasy."—Kirkus

"Major Mean Girls vibes.... A touch of the paranormal, a dash of sass, and loads of high school nostalgia make this an entertaining read." —Booklist

“[A] credible and complex portrait of the challenges of being a teen girl….A promising debut.” —Horn Book