My First Curious George (padded board book) (Abridged / Board book) 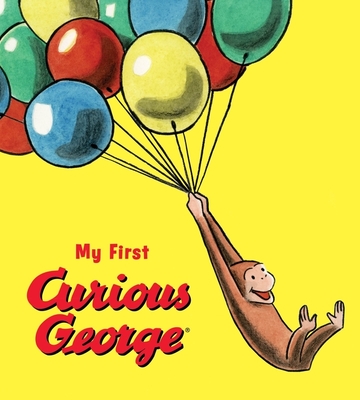 This padded board book is a sweet and gentle introduction to the beloved classic tale of Curious George and his friend, the man with the yellow hat. A perfect baby shower gift and addition to every little one's library.

Curious George's origin story is the jewel of any book collection, and this new, padded board book format will be your baby's next favorite. The gently abridged text is geared towards the youngest of audiences, and babies will love the tactile format. H. A. Rey's vibrant and playful illustrations shine throughout. This sweet introduction to Curious George is perfect for gift-giving and baby showers.