Brexit and the Car Industry (Hardcover) 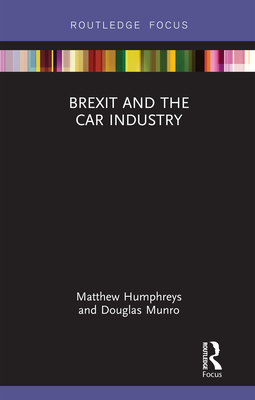 Brexit and the Car Industry (Hardcover)

One of the principal arguments put forth by Brexit supporters is that by freeing the UK from the stranglehold of EU law, the country will be able to expand its markets through increased bilateral trade and enhance economic growth. This book tests this proposition by reference to the car industry.

Brexit and the Car Industry explores the international position of the car market to argue that the hope of Brexit bringing regulatory freedom is illusory. The book starts by examining the structure of the vehicle industry, how its regulatory framework evolved and how the environment in which it operates is constrained by international standards and the practicalities associated with trading across different regulatory systems. By examining the evolution of vehicle regulations, particularly related to the environment, it argues that a UK independent path is not only impractical but self-defeating. The private car market is structured in such a way that is global, and meeting the various international regulatory requirements is a price of entry requirement which no bilateral trade agreements are likely to alter. The book also considers changing environment affecting the car industry in the context of an aspiration for regulatory freedom. The response to climate change and the impact of technological change - specifically driverless vehicles - are big questions for the industry and both are examined in this book. The book also considers the emergence of large metropolitan areas imposing their own use and environmental requirements operating separately to national standards. The future of electric and autonomous vehicles combined with the complexity of the regulatory environment with both international and localised pollution measures make the UK navigating a safe independent path through with a viable car industry highly questionable.

Providing a comprehensive review of the relationship between regulatory frameworks and free trading models, this book is aimed at industry and legal professionals. It will also be of interest to students studying market behaviour, free trade law and the free movement of goods, and environmental protection.

Matthew Humphreys MBE is Professor of Law, Dean and Head of School at Royal Holloway, University of London and Professor at the University of Notre Dame, London.Douglas Munro is a Business Economist with academic experience in the US, UK and Kuwait and a former automotive executive who worked for more than three decades in North America, South America, Europe, the Middle East and Africa.