Murakami Haruki and Our Years of Pilgrimage (Paperback) 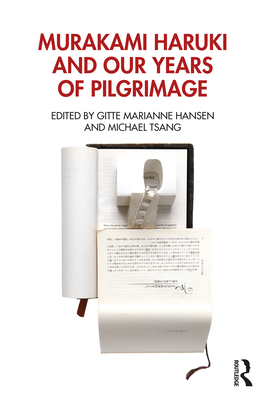 Murakami Haruki and Our Years of Pilgrimage (Paperback)

This book is a timely and expansive volume on Murakami Haruki, arguably Japan's most high-profile contemporary writer.

With contributions from prominent Murakami scholars, this book approaches the works of Murakami Haruki through interdisciplinary perspectives, discussing their significance and value through the lenses of history; geography; politics; gender and sexuality; translation; and literary influence and circulation. Together the chapters provide a multifaceted assessment on Murakami's literary oeuvre in the last four decades, vouching for its continuous importance in understanding the world and Japan in contemporary times. The book also features exclusive material that includes the cultural critic Katō Norihiro's final work on Murakami - his chapter here is one of the few works ever translated into English - to interviews with Murakami and discussions from his translators and editors, shedding light not only on Murakami's works as literature but as products of cross-cultural exchanges.

Murakami Haruki and Our Years of Pilgrimage will prove a valuable resource for students and scholars of Japanese studies, comparative and world literature, cultural studies, and beyond.

Gitte Marianne Hansen is Senior Lecturer in Japanese Studies at Newcastle University, UK. An AHRC Leadership Fellow, she is PI for the project 'Gendering Murakami Haruki: Characters, Transmedial Productions and Contemporary Japan' and the author of Femininity, Self-harm and Eating Disorders in Japan: Navigating Contradiction in Narrative and Visual Culture (2016).Michael Tsang is due to take up lectureship in Japanese Studies at Birkbeck, University of London. He is a Leverhulme postdoctoral fellow at Newcastle University, UK. His research interests lie in world/postcolonial literatures and media with an East Asian focus. He has published in Japan Forum, Inter-Asia Cultural Studies, Wasafiri, and others, and is the founding editor of Hong Kong Studies.