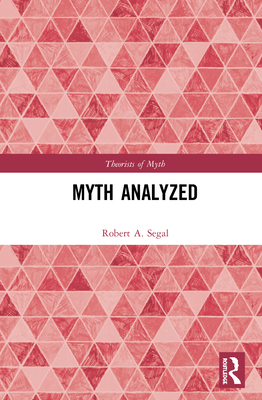 By Robert a. Segal

Comparing and evaluating modern theories of myth, this book offers an overview of explanations of myth from the social sciences and the humanities.

This ambitious collection of essays uses the viewpoints of a variety of disciplines - psychology, anthropology, sociology, politics, philosophy, religious studies, and literature. Each discipline advocates a generalization about the origin, the function, and the subject matter of myth. The subject is always not what makes any myth distinct but what makes all myths myth. The book is divided into five sections, covering topics such as myth and psychoanalysis, hero myths, myth and science, myth and politics, and myth and the physical world. Chapters engage with an array of theorists--among them, Freud, Jung, Campbell, Rank, Winnicott, Tylor, Frazer, Malinowski, Levy-Bruhl, Levi-Strauss, Harrison, and Burkert. The book considers whether myth still plays a role in our lives is one of the issues considered, showing that myths arise anything but spontaneously. They are the result of a specific need, which varies from theory to theory.

This is a fascinating survey by a leading voice in the study of myth. As such, it will be of much interest to scholars of myth and how it interacts with Sociology, Anthropology, Politics and Economics.

Robert A. Segal is Sixth Century Chair in Religious Studies at the University of Aberdeen, UK. He came to the UK from his native United States in 1994. He has taught at Lancaster University, and since 2006 at Aberdeen. He teaches and writes on theories of myth, on theories of religion, and on Gnosticism. Among the books he has written or edited are The Poimandres as Myth (1986), Joseph Campbell (revised 1990), The Gnostic Jung (1992), Jung on Mythology (1998), The Myth and Ritual Theory (1998), Theorizing about Myth (1999), The Wiley-Blackwell Companion to the Study of Religion (Second Ed. 2020), and Myth: A Very Short Introduction (revised 2015). He is a member of the editorial board of Religion and a series editor for Routledge's 'Theorists of Myth' book series.