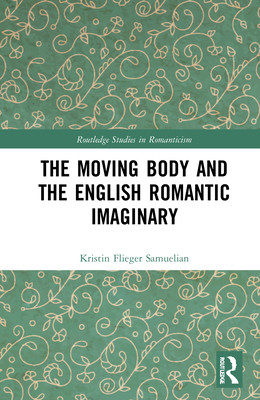 The Moving Body and the English Romantic Imaginary explores ways in which England in the Romantic period conceptualized its relation both to its constituent parts within the United Kingdom and to the larger world through discussions of dance, dancing, and dancers, and through theories of dance and performance.

As a referent that both engaged and constructed the body--through physical training, anatomization, spectacle and spectatorship, pathology, parody, and sentiment--dance worked to produce an English exceptional body. Discussions of dance in fiction and periodical essays, as well as its visual representation in print culture, were important ways to theorize points of contact as England was investing itself in the world as an economic and imperial power during and after the Revolutionary period. These formulations offer dance as an engine for the reconfiguration of gender, class, and national identity in the print culture of late eighteenth- and nineteenth-century England.

Kristin Flieger Samuelian is an Associate Professor of English at George Mason University. She is the author of Royal Romances: Sex, Scandal, and Monarchy in Print, 1780-1821 (2010), as well as journal and anthology essays on Dickens, Austen, and Romantic periodicals.