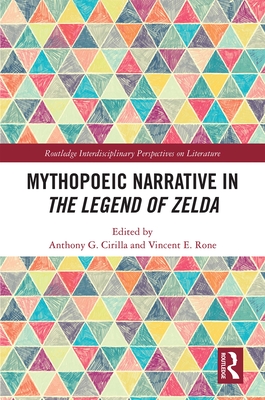 The Legend of Zelda series is one of the most popular and recognizable examples in videogames of what Tolkien referred to as mythopoeia, or myth-making. In his essay On Fairy Stories and a short poem entitled Mythopoeia, Tolkien makes the case that the fairy tale aesthetic is simply a more intimate version of the same principle underlying the great myths: the human desire to make meaning out of the world. By using mythopoeia as a touchstone concept, the essays in this volume explore how The Legend of Zelda series turns the avatar, through which the player interacts with the in-game world, into a player-character symbiote wherein the individual both enacts and observes the process of integrating worldbuilding with storytelling. Twelve essays explore Zelda's mythmaking from the standpoints of literary criticism, videogame theory, musicology, ecocriticism, pedagogy, and more.

Anthony G. Cirilla is Assistant Professor of English Literature at College of the Ozarks and associate editor of Carmina Philosophiae, the Journal of the International Boethius Society. He received his PhD in English literature from Saint Louis University and has published and presented extensively in both Boethius and videogame studies. Vincent E. Rone (PhD, 2014, UC Santa Barbara) writes, composes, teaches, and performs. He specializes in sacred-music reforms of Catholic France and the music of fantasy, notably The Lord of the Rings and The Legend of Zelda franchises. He currently is co-editing an anthology, Nostalgia and Videogame Music.