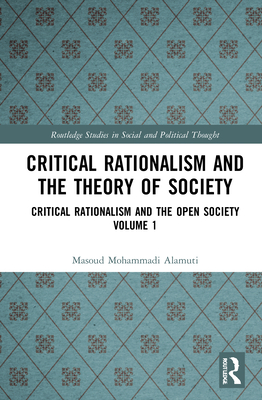 Investigating Karl Popper's philosophy of critical rationalism, Critical Rationalism and the Theory of Society, Volume 1, explores a non-justificationist conception of critical reason and its fundamental outcomes for the theory of society.

The reader also learns how thinkers, movements and masses apply their critical reason to replace an established social order with an ideal one through activating five types of driving forces of social change: metaphysical, moral, legal, political and economic. Written for philosophers and sociologists, this book will appeal to social scientists such as moral philosophers, legal scholars, political scientists and economists.

Masoud Mohammadi Alamuti is a sociologist and faculty member at the Institute for Management and Planning Studies (IMPS) in Tehran, Iran. His research interests include epistemology, sociological theory, sociology of modernity and development, and globalization studies.