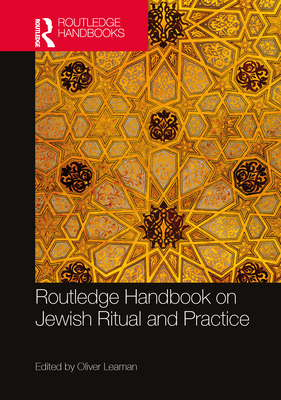 Ritual and practice are some of the most defining features of religion, linked with its central beliefs. Discussing the wide range of Jewish ritual and practice, this volume provides a contemporary guide to this significant aspect of religious life and experience.

Drawing on a wide range of disciplines, this volume describes not only what takes place, but the reasons behind this and the implications both the theory and practice have for our understanding of Judaism. Organized in terms of texts, periods, practices, languages and relationships with the other, the book includes accounts of prayer, food, history, synagogues and the various legal and ideological debates that exist within Judaism with the focus on how they influence practice. Coming at a time of renewed interest in the role of the body in religion, this book aims to bring the theoretical and scriptural issues which arise in this area of Jewish life and culture up to date.

This volume is aimed at students and researchers working in Jewish studies specifically, and religious studies in general. Designed to be helpful to those on courses in relevant areas, especially in the United States, this book includes substantial bibliographical material.