Reification and Representation: Architecture in the Politico-Media-Complex (Routledge Research in Architecture) (Paperback) 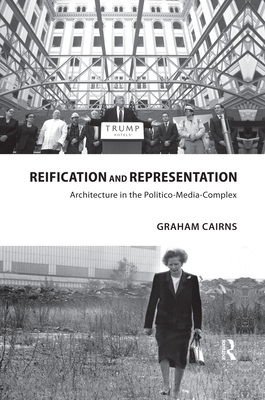 Reification and Representation: Architecture in the Politico-Media-Complex (Routledge Research in Architecture) (Paperback)

The relationship between politics and the public relations industry is controversial and, at times, polemic. However, one component of this relationship that has yet to be investigated is the role of architecture. Arguing for a fundamental reconfiguration of our understanding of 'political architecture', this book suggests it is not only a question of constructed buildings, but equally a case of mediated imagery.

Considered through examples of architecture as a backdrop for photo shoots by politicians in the democracies of the United States and the United Kingdom, this book suggests these images give us both a better understanding of recent developments in the Western political economy and the architectural and urban developments of the late 20th and early 21st Centuries.

Graham Cairns is the author and editor of multiple books and articles on architecture as both a form of visual culture and a socio-political construct. He has held positions at universities in Spain, the UK, Mexico, the Gambia, South Africa and the US. He has worked in architectural studios in London and Hong Kong and founded the performing arts organisation, Hybrid Artworks in the 1990s. He is currently Chair of Architecture at Miami University, Ohio, Honorary Senior Research Associate at the Bartlett School of Architecture, University College London, and Director of the academic research organisation AMPS and its scholarly journal Architecture_MPS.