Cyberpunk Culture and Psychology: Seeing Through the Mirrorshades (Routledge Research in Cultural and Media Studies) (Hardcover) 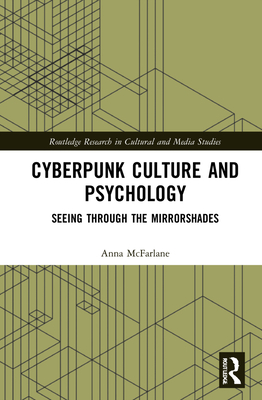 Cyberpunk Culture and Psychology: Seeing Through the Mirrorshades (Routledge Research in Cultural and Media Studies) (Hardcover)

This book traces developments in cyberpunk culture through a close engagement with the novels of the 'godfather of cyberpunk', William Gibson. Connecting his relational model of 'gestalt' psychology and imagery with that of the posthuman networked identities found in cyberpunk, the author draws out relations with key cultural moments of the last 40 years: postmodernism, posthumanism, 9/11, and the Anthropocene.

By identifying cyberpunk ways of seeing with cyberpunk ways of being, the author shows how a visual style is crucial to cyberpunk on a philosophical level, as well as on an aesthetic level. Tracing a trajectory over Gibson's work that brings him from an emphasis on the visual that elevates the human over posthuman entities to a perspective based on touch, a truly posthuman understanding of humans as networked with their environments, she argues for connections between the visual and the posthuman that have not been explored elsewhere, and that have implications for future work in posthumanism and the arts.

Proposing an innovative model of reading through gestalt psychology, this book will be of key importance to scholars and students in the medical humanities, posthumanism, literary and cultural studies, dystopian and utopian studies, and psychology.