Monsters in Performance: Essays on the Aesthetics of Disqualification (Paperback) 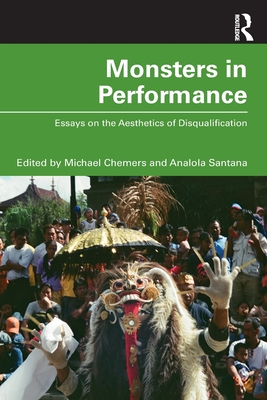 Monsters in Performance: Essays on the Aesthetics of Disqualification (Paperback)

Monsters in Performance boasts an impressive range of contemporary essays that delve into topical themes such as race, gender, and disability, to explore what constitutes monstrosity within the performing arts.

These fascinating essays from leading and emerging scholars explore representation in performance, specifically concerning themselves with attempts at social disqualification of "undesirables." Throughout, the writers employ the concept of "monstrosity" to describe the cultural processes by which certain identities or bodies are configured to be threateningly deviant. The editors take a range of previously isolated critical inquiries - including bioethics, critical race studies, queer studies, and televisual studies - and merge them to create an accessible and dynamic platform which unifies these ranges of representations.

The global scope and interdisciplinary nature of Monsters in Performance renders it an essential book for Theatre and Performance students of all levels as well as scholars; it will also be an enlightening text for those interested in monstrosity and Cultural Studies more broadly.