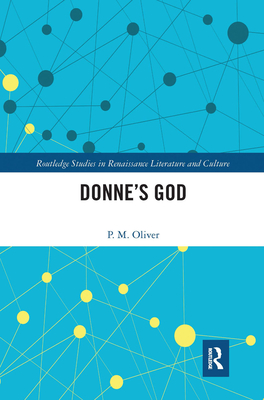 His contemporaries recognised John Donne (1572-1631) as a completely new kind of poet. He was, wrote one enthusiast, 'Copernicus in Poetrie'. But in the winter of 1614-15 Donne abandoned part-time versification for full-time priestly ministry, quickly becoming one of the most popular preachers of his time. While his verse has never been short of modern admirers, his sermons have recently begun to receive their full share of serious attention. Yet there exists almost no theologically-informed criticism to assist readers with navigating, let alone appreciating, the intricacies of Donne's religious thinking. The need for such criticism is especially urgent since many readers approach his writing today with little previous knowledge of Christian doctrine or history. This book supplies that deficiency. Starting from the assumption that theology is inevitably the product of the human imagination, a perception that is traced back to major early Christian writers (and something that Donne implicitly acknowledged), it probes the complex amalgam that constituted his ever-shifting vision of the deity. It examines his theological choices and their impact on his preaching, analysing the latter with reference to its sometimes strained relationship with Christian orthodoxy and the implications of this for any attempt to determine how far Donne may legitimately be viewed as a mouthpiece for the Jacobean and Caroline Church of England. The book argues that the unconventionality that characterises his verse is also on display in his sermons. As a result it presents Donne as a far more creative and risk-taking religious thinker than has previously been recognised, especially by those determined to see him as a paragon of conventional Christian orthodoxy.

P. M. Oliver read English at Oxford and subsequently gained degrees in theology from the Universities of London and Edinburgh. His publications include Donne's Religious Writing: A Discourse of Feigned Devotion (Longman, 1997) and John Donne: Selected Letters (Carcanet/Routledge, 2002).