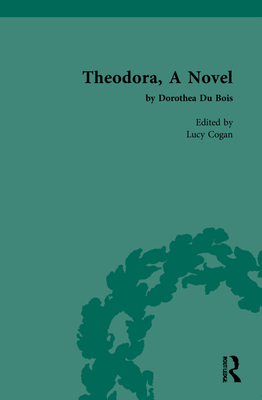 Theodora, A Novel by Dorothea Du Bois, published in 1770, is an entertaining and frequently shocking tale of a young woman's efforts to regain her position in high society after her aristocratic father's abandonment of and denial of marriage to her mother. The two-volume work is a thinly-veiled fictionalisation of Du Bois's eventful personal history and the novel represents just one prong of what was a very public campaign to assert what she believed was her rightful place among the nobility of Ireland and Britain. Central to the narrative of Theodora is the powerlessness of women in the face of a system, moral, social and legal, that was designed to enshrine and protect patriarchal interests. In this manner Theodora exposes the gross injustices of eighteenth century society. This scholarly edition of Du Bois's novel introduces readers to a unique voice in women's writing of the eighteenth century that has been undeservedly dismissed by literary history for far too long.

Lucy Cogan is Lecturer in Eighteenth-Century and Romantic Literature at University College Dublin. She has published a range of articles on William Blake and women's writing in the long-eighteenth century, and produced a scholarly edition of Charlotte Dacre's first novel, The Nun of St. Omer, for Routledge. Her forthcoming monograph is entitled, William Blake and the Failure of Prophecy.