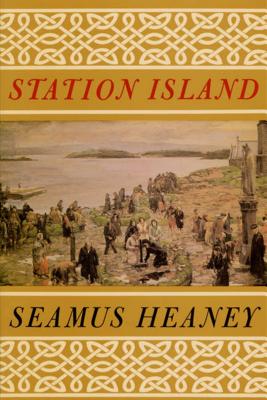 The title poem of this collection, set on an Irish island, tells of a pilgrim on an inner journey that leads him back into the world that formed him, and then forward to face the crises of the present. Writing in The Washington Post Book World, Hugh Kenner called this narrative sequence "as fine a long poem as we've had in fifty years."

Seamus Heaney (1939-2013) received the Nobel Prize in Literature in 1995. His poems, plays, translations, and essays include Opened Ground, Electric Light, Beowulf, The Spirit Level, District and Circle, and Finders Keepers. Robert Lowell praised Heaney as the "most important Irish poet since Yeats."

“Seamus Heaney is one of the most admired poets writing in English to have emerged in the last 20 years, and if you open 'Station Island' almost anywhere you will soon see why. Powerful images; compelling rhythms; a distinctive palette; phrases packed tight with meaning - Mr. Heaney has all the primary gifts of a poet.” —The New York Times