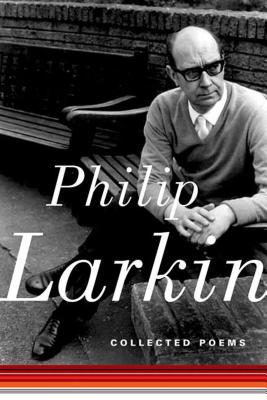 One of the best-known and best-loved poets of the English-speaking world, Philip Larkin had only a small number of poems published during his lifetime. Collected Poems brings together not only all his books--The North Ship, The Less Deceived, The Whitsun Weddings, and High Windows--but also his uncollected poems from 1940 to 1984.

This new edition reflects Larkin's own ordering for his poems and is the first collection to present the body of his work with the organization he preferred. Preserving everything he published in his lifetime, the new Collected Poems is an indispensable contribution to the legacy of an icon of twentieth-century poetry.

Philip Larkin (1922-1985) grew up in Coventry, England. In 1955 he became librarian of the Brynmor Jones Library at the University of Hull, a post he held until his death. He was the recipient of innumerable honors, including the Queen's Gold Medal for Poetry.

“More often than any other English poet since the war, Larkin gave us lines that it is unlikely we'll be able to forget.” —Ian Hamilton, The Times (London)

“Larkin is resolute, forthright, witty, and gloomy. This is the man who famously said that deprivation was for him what daffodils were for Wordsworth. Yet surely the results of this life, in the shape of his poems, are gifts, not deprivations.” —Donald Hall, The New Criterion