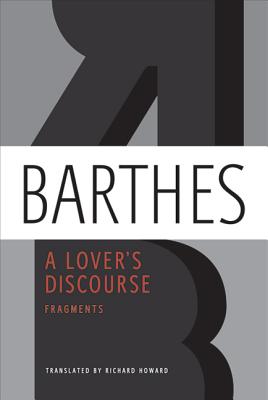 A Lover's Discourse, at its 1978 publication, was revolutionary: Roland Barthes made unprecedented use of the tools of structuralism to explore the whimsical phenomenon of love. Rich with references ranging from Goethe's Werther to Winnicott, from Plato to Proust, from Baudelaire to Schubert, A Lover's Discourse artfully draws a portrait in which every reader will find echoes of themselves.

Richard Howard teaches in the School of the Arts at Columbia University, USA. He has also translated works by Barthes, Foucault and Todorov.

Wayne Koestenbaum is an American poet and cultural critic. He received a BA from Harvard University, an MA from Johns Hopkins University, and a PhD from Princeton University. He lives in New York City, where he is Distinguished Professor of English at the City University of New York Graduate Center. His books include Humiliation and My 1980s and Other Essays.

“Barthes's work, along with that of Wilde and Valéry, gives being an aesthete a good name . . . Defending the senses, he never betrayed the mind.” —SUSAN SONTAG

“Barthes's most popular and unusual performance as a writer is A Lover's Discourse, a writing out of the discourse of love. This language--primarily the complaints and reflections of the lover when alone, not exchanges of a lover with her or her partner--is unfashionable. Thought it is spoken by millions of people, diffused in our popular romances and television programs as well as in serious literature, there is no institution that explores, maintains, modifies, judges, repeats, and otherwise assumes responsibility for this discourse . . . Writing out the figures of a neglected discourse, Barthes surprises us in A Lover's Discourse by making love, in its most absurd and sentimental forms, an object of interest.” —Jonathan Culler