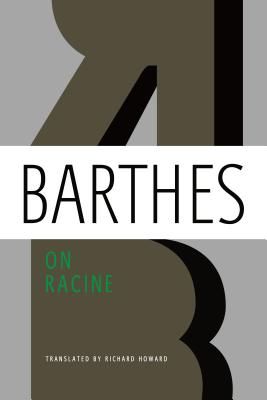 
Available in Warehouse. Wait for Email Confirmation for ETA
Roland Barthes (1915-1980) was a French cultural and literary critic, whose clever and lyrical writings on semiotics made structuralism one of the leading movements of the twentieth century. Barthes had a cult following and published seventeen books, including Camera Lucida, Mythologies, and A Lover's Discourse.

Richard Howard is a poet, scholar, teacher, critic, and translator. Paper Trail is published simultaneously by FSG with Howard's Inner Voices: Selected Poems, 1963-2003. He teaches at Columbia University and is poetry editor of The Paris Review.