The Crime of Sheila McGough (Paperback) 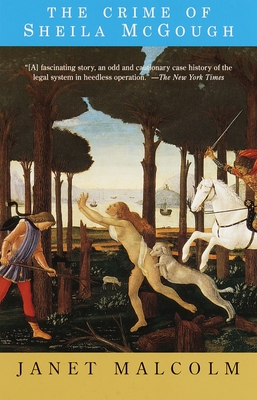 The Crime of Sheila McGough (Paperback)


Available in Warehouse. Wait for Email Confirmation for ETA
This book cannot be returned, cancelled, or exchanged. Please call for availability and pricing
"[N]o other writer tells better stories about the perpetual, the unwinnable, battle between narrative and truth." --The New York Times Book Review

The Crime of Sheila McGough is Janet Malcolm's brilliant exposé of miscarriage of justice in the case of Sheila McGough, a disbarred lawyer recently released from prison. McGough had served 2 1/2 years for collaborating with a client in his fraud, but insisted that she didn't commit any of the 14 felonies she was convicted.

An astonishingly persuasive condemnation of the cupidity of American law and its preference for convincing narrative rather than the truth, this is also a story with an unconventional heroine. McGough is a zealous defense lawyer duped by a white-collar con man; a woman who lives, at the age of 54, with her parents; a journalistic subject who frustrates her interviewer with her maddening literal-mindedness. Spirited, illuminating, delightfully detailed, The Crime of Sheila McGough is both a dazzling work of journalism and a searching meditation on character and the law.
Janet Malcolm lives in New York.
"No portrait of innocence was ever more damning, revealing, and compassionate at once.... Janet Malcolm [is] a formidable reporter." --The Boston Globe

"[A] breathtaking series of insights on the peculiarly treacherous nature of legal narrative.... Janet Malcolm is the most morally illuminating literary journalist in the country." --Slate