Too Big for Diapers (Sesame Street) (Board book) 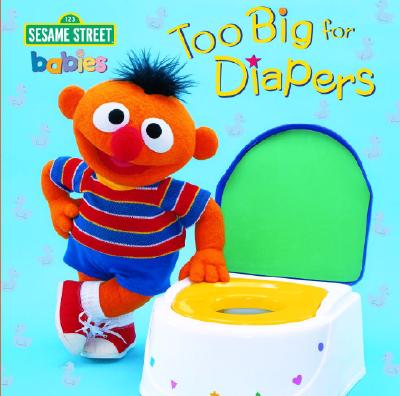 Too Big for Diapers (Sesame Street) (Board book)


Available in Warehouse. Wait for Email Confirmation for ETA
The time has come that Baby Ernie is too big for diapers and he's ready to try out his brand-new potty. It may take a few tries, but soon Ernie realizes he can learn to use it all by himself!
Established in July 2013 in a merger between Penguin and Random House, Penguin Random House, with nearly 250 independent imprints and brands on five continents, more than 15,000 new titles published each year, and close to 800 million print, audio, and eBooks sold annually, is the world’s leading trade book publisher. Like its predecessor companies, Penguin Random House is committed to publishing adult and children’s fiction and nonfiction print editions and is a pioneer in digital publishing. Its publishing lists include more than 60 Nobel Prize laureates and hundreds of the world’s most widely read authors.

John E. Barrett is a children’s book illustrator. His works include Big Enough for a Bike and Baby Party.