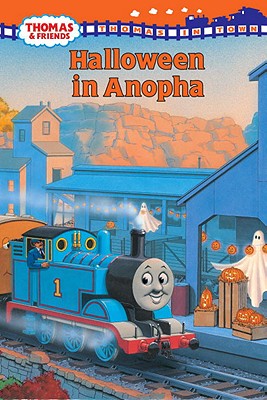 
This title is likely unavailable. Email or call for price and availability.
IT IS HALLOWEEN, and Thomas and Mavis are working hard at the quarry in Anopha. On Halloween, Thomas is sent into town to pick up a special cargo, but he cannot see what he is pulling. Thomas loves Halloween, but hopes that his Special is full of treats, and not tricks!
In the early 1940s, a loving father crafted a small blue wooden engine for his son, Christopher. The stories that this father, Reverend W. Awdry, made up to accompany this wonderful toy were first published in 1945. He continued to create new adventures and characters until 1972, when he retired from writing. Reverend Awdry died in 1997 at the age of 85.