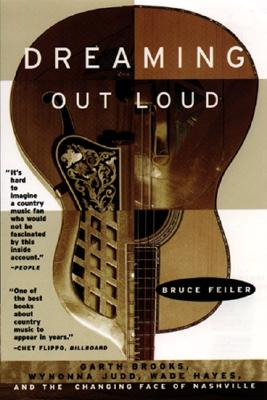 Country music has exploded across the U.S. and undergone a sweeping revolution, transforming the once ridiculed world of Nashville into an unlikely focal point of American pop culture. Bruce Feiler was granted unprecedented access to the private moments of the revolution. Here is the acclaimed report: a chronicle of the genre's biggest stars as they change the face of American music.

From the historic stage of the Grand Ole Opry to the dim light of a recording studio, here is a ruggedly authentic behind the scenes tour that takes you places outsiders have never been allowed to go. Part social history, part backstage pass, this penetrating and graceful book presents the most comprehensive portraits yet painted of Garth Brooks and Wynonna Judd-two of the most celebrated artists of our times-as well as a touching picture of Wade Hayes, a young man who hopes to follow them to the exalted heights of one of America's richest traditions: the world of country music.

Bruce Feiler is the author of six consecutive New York Times bestsellers, including Abraham, Where God Was Born, America's Prophet, The Council of Dads, and The Secrets of Happy Families. He is a columnist for the New York Times, a popular lecturer, and a frequent commentator on radio and television. He lives in Brooklyn with his wife and twin daughters.

“One of the best books about country music to appear in years.” — Chet Flippo, Billboard