No Future Without Forgiveness (Paperback) 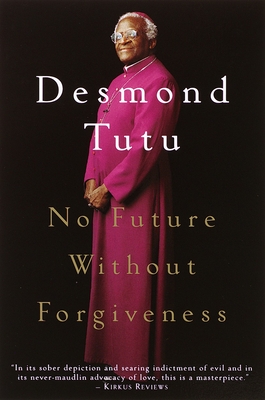 No Future Without Forgiveness (Paperback)


This title is likely unavailable. Email or call for price and availability.
The establishment of South Africa's Truth and Reconciliation Commission was a pioneering international event. Never had any country sought to move forward from despotism to democracy both by exposing the atrocities committed in the past and achieving reconciliation with its former oppressors. At the center of this unprecedented attempt at healing a nation has been Archbishop Desmond Tutu, whom President Nelson Mandela named as Chairman of the Truth and Reconciliation Commission. With the final report of the Commission just published, Archbishop Tutu offers his reflections on the profound wisdom he has gained by helping usher South Africa through this painful experience.

In No Future Without Forgiveness, Tutu argues that true reconciliation cannot be achieved by denying the past.  But nor is it easy to reconcile when a nation "looks the beast in the eye." Rather than repeat platitudes about forgiveness, he presents a bold spirituality that recognizes the horrors people can inflict upon one another, and yet retains a sense of idealism about reconciliation. With a clarity of pitch born out of decades of experience, Tutu shows readers how to move forward with honesty and compassion to build a newer and more humane world.
Desmond Tutu, recipient of the Nobel Peace Prize in 1984, retired as Archbishop of Capetown, South Africa, in 1996.  He is active as a lecturer throughout the world and was recently a visiting professor at Emory University in Atlanta.
"The Truth and Reconciliation Commission of South Africa has put the spotlight on all of us... In its hearings Desmond Tutu has conveyed our common pain and sorrow, our hope and confidence in the future."
--Nelson Mandela