Bioinformatics and the Cell: Modern Computational Approaches in Genomics, Proteomics and Transcriptomics (Hardcover) 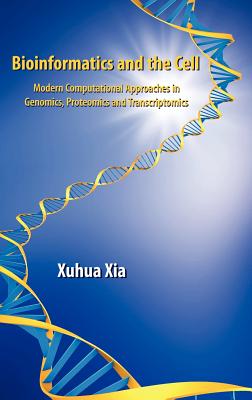 Bioinformatics and the Cell: Modern Computational Approaches in Genomics, Proteomics and Transcriptomics (Hardcover)

Dr. Xuhua Xia obtained his PhD in population biology at University of Western Ontario in 1990 and made his entry into molecular evolution and phylogenetics at University of Washington in 1993. He was recruited by University of Hong Kong in 1996 as an assistant professor, and served as a senior scientist and the founding head of the Bioinformatics Laboratory of HKU-Pasteur Research Centre. Dr. Xia joined University of Ottawa in 2002 where he is cross-appointed to both Biology Department and the School of Information Technology Engineering. He is an active member in the Center for Advanced Research in Environmental Genomics and the Ottawa Institute of Systems Biology. His web site is at http: //dambe.bio.uottawa.ca.