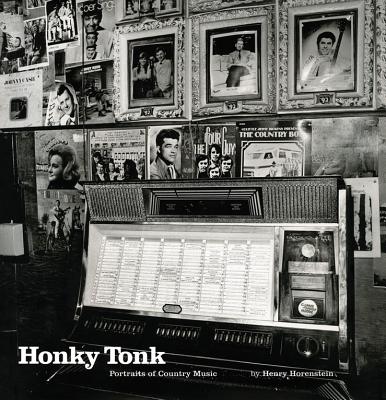 Newly expanded to include work from recent years, Honky Tonk is as evocative and irresistible as the music itself.

Forty years after Henry Horenstein began documenting the country music scene in and around Nashville, his deep love for the music and its people continues. Having spent a lifetime around performers and fans, he has been granted access to both the high-glamour backstage of the Grand Ole Opry in its heyday of the 1970s and the rough-and-tumble dive bars that carry on the tradition today.

Horenstein’s 120 black-and-white photographs from 1972 through 2011 capture the irrepressible spirit of an American institution as it has evolved over the years. Familiar stars including Dolly Parton, Jerry Lee Lewis, Ralph Stanley, and Tammy Wynette are seen here alongside the familiar venues and enthusiastic fans that sustained them. Originally published in paperback form, this new edition is the definitive monograph of Horenstein’s beloved honky tonk photographs.

Henry Horenstein is the author of more than thirty books, including some of the most widely used textbooks in the field. He is a professor of photography at the Rhode Island School of Design and lives in Boston, Massachusetts.