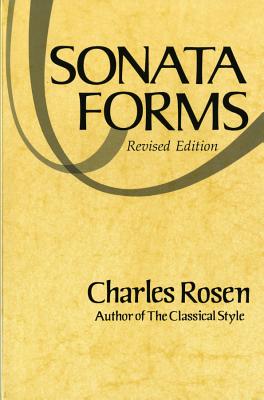 "Nobody writes better about music .... again and again, unerring insight into just the features that make the music special and fine."—The New York Review of Books

Charles Rosen says of sonata form: "[It] is not a definite form like a minuet, a da capo aria, or a French overture; it is, like the fugue, a way of writing, a feeling for proportion, direction, and texture rather than a pattern."

Charles Rosen, professor of music and social thought at the University of Chicago, has also taught at the State University of New York-Stony Brook and delivered the Charles Eliot Norton Lectures at Harvard University. His recitals and other performances have won the highest critical acclaim, as have his books, The Classical Style and The Romantic Generation. When he is not concertizing, Rosen lives in New York.