On the Nature of Things (Paperback) 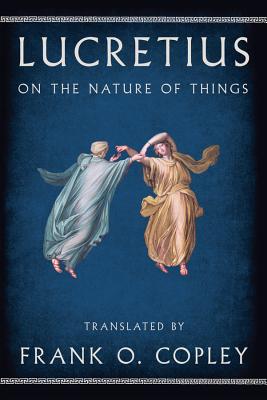 On the Nature of Things (Paperback)

Reissued to accompany Stephen Greenblatt's The Swerve: the epic poem that changed the course of human thought forever.

This great poem stands with Virgil's Aeneid as one of the vital and enduring achievements of Latin literature. Lost for more than a thousand years, its return to circulation in 1417 reintroduced dangerous ideas about the nature and meaning of existence and helped shape the modern world.

Titus Lucretius Carus—Lucretius—was a Roman poet and philosopher (ca. 99 BC – ca. 55 BC). His only known work is an epic philosophical poem laying out the beliefs of Epicureanism, De rerum natura, translated into English as On the Nature of Things.

Frank O. Copley was a preeminent translator of Latin. His publications include Catallus: The Complete Poetry; Plautus: Menaechmi, Mostellaria, Rudens; Vergil: The Aeneid and Lucretius's On the Nature of Things.