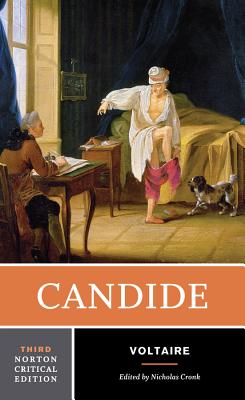 Candide has been delighting readers since 1759 with its satiric wit, provocations, and warnings.

The novella has never been out of print and has been translated into every conceivable language. The text of this Norton Critical Edition remains that of Robert M. Adams’s superlative translation, accompanied by explanatory annotations.

· A full introduction by Nicholas Cronk.

· A revised and expanded Selected Bibliography.

Nicholas Cronk is Director of the Voltaire Foundation, Professor of French Literature, and Lecturer in the History of the Book at Oxford University. He is General Editor of the Complete Works of Voltaire as well as editor or co-editor of many publications. His current research project is Voltaire's Radical Enlightenment: Editing and Re-Interpreting the Lettres sur les Anglais, for which he has been awarded an Arts and Humanities Research Council Fellowship (2015—17).