Europe Restructured?: The Eurozone Crisis and Its Aftermath (Paperback) 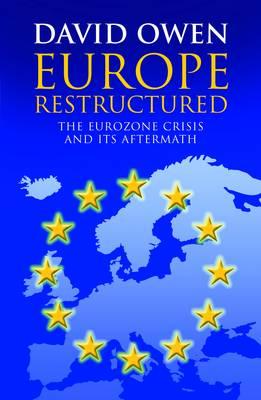 Europe Restructured?: The Eurozone Crisis and Its Aftermath (Paperback)


This title is likely unavailable. Email or call for price and availability.
This is not a book advocating British withdrawal from Europe. In Europe Restructured, David Owen lays out a blueprint for a new structure where those countries that may wish to be part of a more integrated EU/eurozone are facilitated in doing so, while those who may only want a Single Market/European Community are free to do so. He suggests building on the Single Market European Economic Area of 30 states including Norway, Iceland, and Liechtenstein, and inviting Turkey to join. This, with Croatia joining the EU next year, would make 32 countries and some others later. Europe Restructured recounts the key historical events in Britain's equivocal relationship with the Common Market, European Community, and now Union, from 1962-2012, and considers how Britain's place in the EU affects her other global foreign and defense relationships, in particular with the United States. All this leads David Owen to the conclusion that urgently in 2013, or more likely in 2015-2016, a referendum will have to be held in the UK. He wants a clear referendum choice in the UK.
David Owen served as Foreign Secretary under James Callaghan from 1977 until 1979, and co-founded and went on to lead the Social Democratic Party. He is the author of Balkan Odyssey, The Hubris Syndrome, In Sickness and In Power, and Time to Declare.